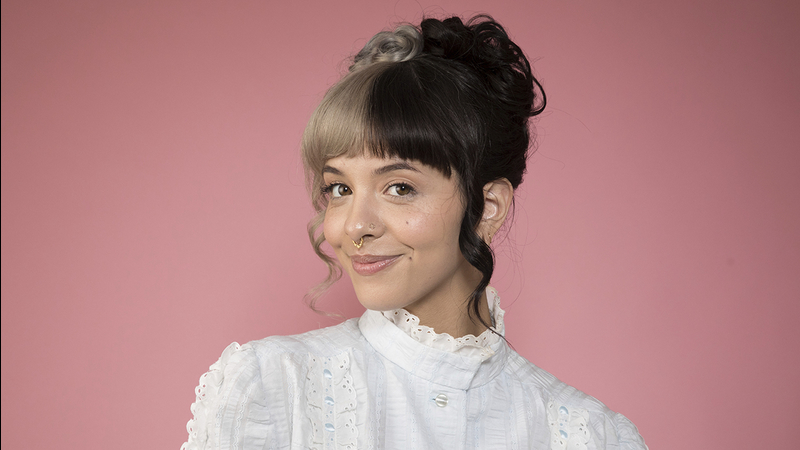 Was just recommend to watch/listen to Melanie Martinez, so figured I’d do a very quick analysis of the “Drama Club” video and song. It’s short, simple, and pretty to the point. Don’t have much to hide from this generation that is barely human.

Melanie is a feminine given name derived from the Greek μελανία (melania), “blackness” and that from μέλας (melas), meaning “dark”.

The surname Martinez is a Spanish patronymic surname, an early form of hereditary surnames which were derived from the father’s given name. Martinez comes from the personal name Martin, which is itself derived from the Latin Martinus, whose root is Mars, the name of the Roman god of fertility and war.

The video seems to confirm that – a short and fairly simple scene – an old, Victorian theater, filled with teens – watching the actors act. The boys dressed in blue and girls in pink (seems to be an allusion to the idea that sex is a construct). Martinez is dressed in purple (a combination of the two other colors) – guessing she’s either some kind of transsexual, hybrid, or it’s just a theme to combine/eliminate the sexes.

The actual play is of “society” men ruling over women as they toil (yea right!) when all of a sudden Melanie breaks out, brandishes her male master with an iron, before turning to the audience (the “normies”) and screaming and pleading with them to “WAKE UP.”

(As an aside, I’m curious about the “woke” terms being floating around, and am even guilty of pleading with people to “Wake Up!” A wake – is a ceremony after death, a time to reflect and remember a loved on that has passed. In some ways I wonder if this isn’t the perfect word, yet people are using it with slightly different intentions – not here of course.)

Her hair is white (purple-ish) and black – the normal duality symbolism.

After she yells at the teens to wake up (the audience is covered in darkness) they get up, look around, and start to move. They move past the stage right to the masters’ quarters.

The guardians of the theater owner are dressed in large mascot heads – of bunnies. Normal Ishtar, symbolism, but they’re quickly done away with as the children pile on to the owners’ body and quickly dismember them (there’s even a graphic depiction of the kids ripping off the masters’ arm, with blood and guts).

Of interest here, they don’t storm the stage to assault the actors, instead jumping to the end attacking the creators of the play.

This has been an ongoing theme in pop culture, movies, TV and movies – a mirror of which is in The Magician’s (an ancient evil is killing off all of the gods). Similarly in American Gods – a new evil – Mr. World – played by Crispin Glover is at war with, and eliminating all of the old Gods.

Finally, there’s some clear alternative symbolism here – the outfits and time periods (as well as bunny references) are clear Alice & Wonderland themes. The idea of the children attacking the masters of this society (the drama) – a display of Crowley’s Aeon of Horus (the crowned and conquering child).