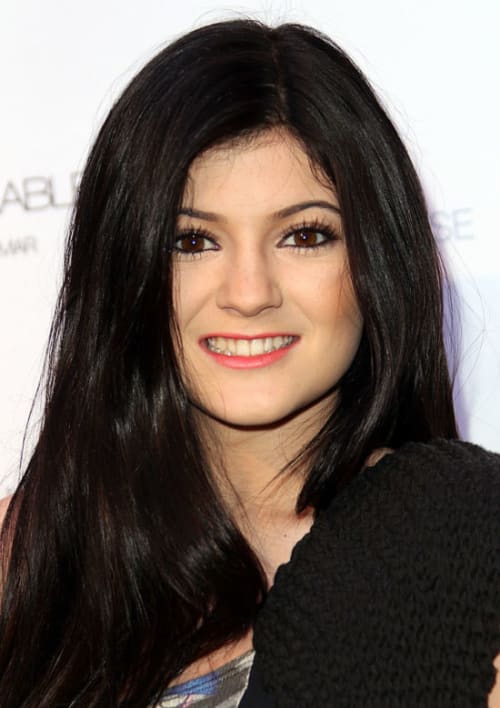 George Orwell famously exclaimed: “at 50, everyone has the face he deserves.” But advances in technology, plastic surgery, and other larger changes is calling into question the reality of this quote, and in fact, many of the subtle, and subconscious tools we have at our disposal to gauge this world in which we find ourselves.

This post is a combination of ideas, first the idea of Crowley’s Aeon of Horus, and second, some of the patterns I’ve spotted in being a consumer of pop culture.

First an analysis of Orwell’s words – it’s pretty simple to see he meant a collection of a person’s thoughts and emotions, through circumstance and experience is eventually outwardly expressed. If someone is angry and distant (even if they are able to hide it in their youth), it gets expressed on their face. But, in modern times a combination of tools (makeup), plastic surgery, potions and other larger effects is allowing eros to be unbound by time – to extend the outward appearance of age-degeneration. Ironically, the opposite is happening to actual health and well-being.

The Aeon of Horus

I’ve stepped into Thelema only slightly, it being Aleister Crowley’s church (or body of work). In it there is the concept of Aeon’s, similar to the “ages” – time periods that are governed or marked by major themes.

The first Aeon, the Aeon of Isis was maternal, where the female aspect of the Godhead was revered due to a mostly matriarchal society and the idea that “Mother Earth” nourished, clothed and housed man closed in the womb of Matrix. It was characterized by pagan worship of the Mother and Nature.

The second [Aeon] is of suffering and death: the spiritual strives to ignore the material. Christianity and all cognate religions worship death, glorify suffering, deify corpses.

I do love Christian’s and truly appreciate the profundity of their ideology and it’s actions on this world, but what Crowley wrote above is demonstrably true – clearly the man on the cross is worshiped, as is his death, sacrifice and suffering. As an additional aside here, the triune god, the trinity, etc. are generally a theme in religion – here we see it in an echo of the old Egyptian ISIS, Osiris, Horus myth – Isis and Osiris (brother and sister, king and queen, male and female, husband and wife) come together to produce Horus. I imagine they’re brother and sister because they have the same origin.

The modern Aeon of Horus is portrayed as a time of self-realization as well as a growing interest in all things spiritual, and is considered to be dominated by the principle of the child. Individuality and finding the individual’s True Will are the dominant aspects; its formula is that of growth, in consciousness and love, toward self-realization. Concerning the Aeon of Horus, Crowley wrote:

Before I lose you in the esoteric, I think of the aeons, ages (spiritual), etc. – similar to either the archaeological ages (think stone age, bronze, age, etc.), as well as something as simple as climate/weather. One period builds off the former, morphing into the next – marked by a period of consistent themes, technological use – or in the case of an “aeon” specifically – a spirit or energy that guides and permeates it’s inhabitants. Expressed through the theme of climate/weather – the Sun is strongest in summer, leading to heat, and over time waxes and wanes, and reveals the cold – the yearly cycle. Aeons seem similar, only drawn out over longer time periods and a little more difficult to understand in that people don’t frequently know they exist. A fruitfly (who lives for only 50 days) even if its intellect was brought up to that of man’s, would probably find the idea of “winter” pretty difficult – if only because it doesn’t live long enough to see a full year, or a full season in it’s entirety.

It’s clear there are examples of this Aeon being birthed everywhere. Specifically and clearly through movies like “Gods of Egypt” where Horus, the immature protagonist prince, is ousted and scarred by his uncle Set, before reclaiming his kingdom. Coddled blockbusters aside, it would seem not only is the “child” (Horus) taking over, but there’s also a push to make this more literal (with literal children being placed in positions of notoriety, power, prestige, and authority).

From this perspective, you see this energy popping it’s head up all over the place in TV, Movies, and Music. Although child stars are not exactly new, particularly in the entertainment industry, it does go against the significant arch of time over the last 10,000 years history. It would be crazy to think of a 10 year old child star in medieval times, or of a 15 year old traversing the world on a mission to save it (think climate crisis, Greta Thunberg).

But here we are, stuck with worldwide pop-stars such as Justin Bieber, the rotting corpses of the Mickey Mouse club venerating insane sexual deviance, while their abused progeny are taking over youtube and other “channels.”

I decided to write this post after listening to Martinez’s “Drama Club” song. It’s catchy and it has quite a hook (which is called that for a reason!). Alas when I was watching her video and decided to do some research – I was shocked to see she is in her mid-twenties. At an age when my parents were settling down and having children, here she was dressing up like a teenager (literally in her Victorian themed music videos she’s portraying an old high school) connecting with younger generations disingenuously and encouraging rebellion, sex, and all kinds of other interesting things for another post.

There clearly seems to be a trend of new-age celebrities (particularly women) who look much younger than they once did (think 70’s-90’s era celebs at the same age).

Let’s take Grimes. I really like Grimes. At first, seeing the shots of her and Elon Musk I didn’t understand the allure. His ex (and I can’t believe I’m talking celebrity couples here) was the astonishingly beautiful Amber Heard (and I’m not even a sucker for blondes – usually preferring dark features). I was first introduced to her in Rum Diary, and then again in Aquaman, where she looked fantastic. Anyway, I feel there’s more going on with Elon than meets the eye so decided to look into Grimes.

What shocked me as soon as I started watching some of her videos was at how young she looks, right now, despite being even older than Martinez, at over 30 – in fact the above image shows a 32-year old Grimes. I legitimately thought she was 16. Watch this video which was just realized and tell me you don’t think she looks 16.

Ariana Grande is also similarly young looking. When I first learned of her I thought she was again, a teenager – maybe 17.

There are also a lot of examples of young women (and even men) in Hollywood getting a ton of plastic surgery. An example is Jennifer Lopez.

She is the most amazing 50 year old I have ever seen, but clearly she’s changed quite a bit since her Selena days.

You also have Sandra Bullock going on Ellen and talking about rubbing “baby-dick” cream all over her face:

We’ve entered hell. On day time TV you have two “stars” joking about injecting foreskin from a korean baby. As Ellen asks… “who thinks of collecting it and having it for doing something with this some day…” Who indeed Ellen? Like Tyler Durden said in Fight Club… “They’re selling our own [sons penises] back to us.”

If that clip alone doesn’t prove that the striving for youth is reaching a fever pitch I don’t know what will.