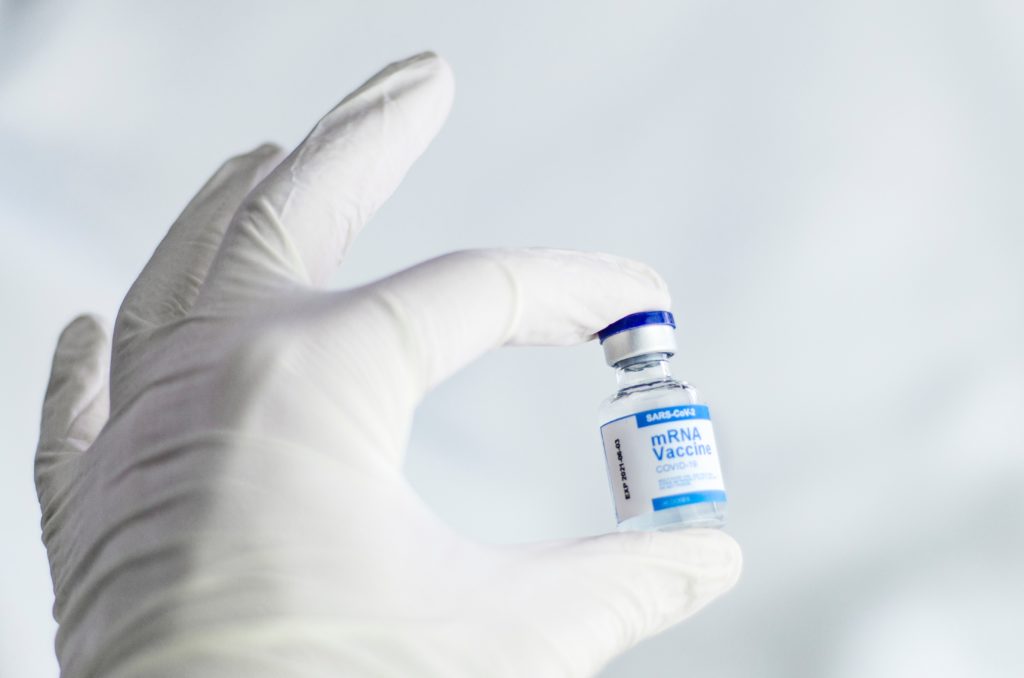 The meme that mRNA vaccines affect the lungs, and many are being affected negatively by being around those that have received the jab has been floating around so I decided to do a little digging into the data out there for this, and to expand a bit on my initial research on Moderna. I believe they are a key to this project as they’re the major pioneer and catalyst for this new gene technology through it’s funders like DARPA.

Although other vaccines have been getting most of the flack in the United States – notably the AstraZeneca and the Johnson & Johnson vaccine’s for causing blood clots, I believe the mRNA are the more dangerous vaccine’s on the market based on the research and analysis below.

I think it’s important, before we dig into any details here to remind everyone… the vaccine’s have not been tested – they are entirely experimental. The experiments and testing is being run now – on the general populace!

As we’ll see by diving deep into a nearly decade old study – yes, these kinds of vaccines have been around for sometime (the idea of rDNA & mRNA vaccines) – but they have been complete failures, and in the case of SARS virus’ – deadly.

As for our current set of vaccines, yes, there were very short, initial trials run on very small samples where the pharma companies run their typical gambit of massaging the marketing around results and only using the healthiest, and therefore least-likely to be negatively impacted by any side effects, but ultimately these are still completely experimental. Despite the massaging of parameters and marketing spin – as I highlighted in my analysis of the studies – there was still cause for concern. Typical vaccine pipelines are a decade or more, meaning a decade or more of testing & understanding of the longer-term pathological impacts of any therapy are more known. Additionally, as I stated in my Moderna article – FDA authorization is a complete lie being pushed by the media. One need only look up the FDA’s definition, as I previously did, to show – it is meaningless. It’s been allowed because of an emergency. Nothing more. No real safety evaluations, as that hasn’t yet been possible. Arguably, the only thing evaluated (from a health/safety perspective) during these trials was the immediate likeliness of deaths – which proves nothing of short, medium and long-term health impacts, nor does it do anything to show the vaccines do anything positive in the slightest.

First, I’ve found there is quite a number of anecdotal cases of severe “side-effects” from these vaccines, including large effects and changes in menstrual cycles. With some women (including friends of mine) experiencing major effects even when NOT vaccinating, but simply being around those women that are. We’ll get back to this idea shortly.

We’re seeing tens of thousands of testimonials of problems both personally (those that received the vaccine) and more shockingly for those that DID NOT RECEIVE THE VACCINE, BUT ARE MERELY AROUND THOSE THAT HAVE BEEN. This is unprecedented, but there is strong evidence to support this is not just possible, but probable.

Let’s back up and discuss the anecdotes for negative side-effects for those that have received the vaccine. Across social media sites like Reddit there are tens-of-thousands of individual testimonials such as:

The issue seems to have gotten so big that major news sites are starting to jump out in front of the story, acknowledging after a few months of injections, that they can and do affect one’s periods.

At the beginning of this, immediately preceding the launch of the vaccines to the public, numerous governmental health officials, including the manufacturers themselves were warning that young women should NOT be receiving the vaccine, because of unknown long-term fertility effects. Pregnant women (many of whom who have now been vaccinated) were given similar warnings. Unfortunately, the marketing machine behind these campaigns chugged along. Fors Marsh is one of the leading marketing firms behind this push, winning a quarter of a billion dollar contract from HHS.

I hope you didn’t believe those fun doctor & Fauci videos cropping up all over YouTube were being done out of the goodness of people’s hearts or through intense scrutiny of data – no there are billions at stake here – not to mention the control apparatus being setup via vaccine passports.

Back to the reported issues – I believe this issue is so pervasive on and offline (and because of the inherently social nature of women and their menses) that the news and medical community was FORCED to recognize this (primarily the menses issues). So the broader implication is – what other side-effects are NOT being recognized?

Internet censorship really started ramping up in 2016 with things like Pizzagate, and other “alt-right” scandals, but has now reached a crescendo, where-by whole segments of the population, documented verifiable information, and people from all walks of life are now being censored everywhere. As of May of last year, YouTube, once a bastion of free speech and platform for ANYONE to publish became completely draconian and has since censored all content that might contradict mandates from the WHO.

This is clearly not “science.” Science’s fundamentals, involve exactly that – questioning fundamentals. As many of us who have studied history know, that has not actually been the case (with dissenting viewpoints being censored through medical and scientific journals for decades if not centuries).

In regards to these recent side effect reports, Facebook has now censored at least 3 large groups with over 50,000 participants from sharing their personal stories on side effects related to the vaccines. As a member I saw hundreds of messages/day pouring in about severe (and in some cases life-threatening or deadly side effects). Those groups have been completely shut down.

Additionally the following segment was censored across virtually the whole web:

Gene Therapy’s Dark Past in “Vaccinations”

As I explained briefly in my Moderna post, Moderna ended their trials of their mRNA based therapies for Crigler-Najjar syndrome because of the dismal results (and harm to lab animals). It turns out we have similar studies where similar gene therapies were used against the SARS-COV virus.

The study in question is pretty damning in terms of results and conclusions. Here is the study:

Severe acute respiratory syndrome (SARS) emerged in China in 2002 and spread to other countries before brought under control. Because of a concern for reemergence or a deliberate release of the SARS coronavirus, vaccine development was initiated. Evaluations of an inactivated whole virus vaccine in ferrets and nonhuman primates and a virus-like-particle vaccine in mice induced protection against infection but challenged animals exhibited an immunopathologic-type lung disease.

Right there in the first 2 sentences of the study we have our major issue – regardless of vaccine type (a whole virus, or a “virus-like-particle”) the mice developed lung disease.

Four candidate vaccines for humans with or without alum adjuvant were evaluated in a mouse model of SARS, a VLP vaccine, the vaccine given to ferrets and NHP, another whole virus vaccine and an rDNA-produced S protein. Balb/c or C57BL/6 mice were vaccinated IM on day 0 and 28 and sacrificed for serum antibody measurements or challenged with live virus on day 56. On day 58, challenged mice were sacrificed and lungs obtained for virus and histopathology.

I find the 28 day window to be “revaccinated” interesting here and related to some of the larger symbology behind this project. As usual this is conjecture, and I’ll go out of my way to point it out every time.

As another aside, I find it interesting that they continue to use Aluminum as an adjuvant even though it’s extremely well known to be toxic, PARTICULARLY when injected (orders of magnitude more toxic than when ingested or inhaled).

These SARS-CoV vaccines all induced antibody and protection against infection with SARS-CoV. However, challenge of mice given any of the vaccines led to occurrence of Th2-type immunopathology suggesting hypersensitivity to SARS-CoV components was induced. Caution in proceeding to application of a SARS-CoV vaccine in humans is indicated.

This was mentioned in my piece on Moderna, as well as on StatNews, and Wikipedia as the reason for all major drug manufacturers’ having shied away from doing any kind of coronavirus vaccine in the past – in all cases (regardless of mRNA, rDNA, or any kind of experimental gene therapy) they are noted as “CAUSING HYPERSENSITIVITY TO SARS-COV COMPONENTS” – IE they can very likely make future infections worse.

This study does go on to detail exactly that (as this had been seen before):

Now, I think it’s important to note, these vaccines are not directly comparable to SARS-COV2, and they don’t use mRNA – but rDNA. We have 2 types of vaccines in the study – a rDNA vaccine, and a direct whole virus vaccine. rDNA works slightly differently than mRNA, effectively skipping the whole & direct “DNA altering” step of modifying DNA, in favor of providing messenger RNA that tells your cells to produce the spike proteins (that supposedly grant “immunity”).

However, if the pathway of delivery is slightly different, the results and physiological changes to the underlying cells – are the same. Your body is set to produce the spike protein that provides “immunity.”

COVID-19 mRNA vaccines give instructions for our cells to make a harmless piece of what is called the “spike protein.” The spike protein is found on the surface of the virus that causes COVID-19.

Link to page for reference – https://www.cdc.gov/coronavirus/2019-ncov/vaccines/different-vaccines/mrna.html

The above explanation is all you really need to understand how bat-shit crazy this all is, but it might not be obvious at first. I’ll come back to this, but for now – just know the theory is your own cells will produce this invader protein (similar to SARS-COV-2 – aka “COVID” and by doing so you become “immune” to it in the wild).

The reality – as we understand it based on this and other past studies using similar technologies, or the whole virus and as was just highlighted above – is that this does NOT do that, but instead provides enhanced disease and immune responses.

In the next post I’ll go into detail about the Spike Protein that’s a result of the Sars-Cov-2 virus, and how this relates to my assertion that millions/billions will die.

Before we leave, let’s summarize: