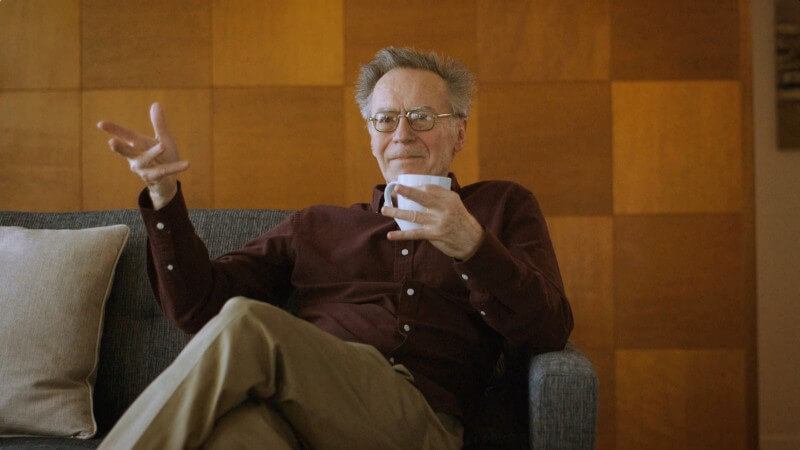 My “health” journey started approximately 15 years ago. As a freshman in college I had been on a number of yo-yo diets. I remember distinctly walking into a local supplement store and beginning a discussion with one of the employees. He was a very fit (looking), middle aged guy that also happened to work at the University as a coach and trainer. After a few minutes of introductions and a quick discussion on lifting, he looked me up and down and immediately said… “You’re chunky. You should really cut out sugar immediately in order to lean out.”

Perhaps I should take a step back a bit, and explain some more details. Since I was very young (12 – 13) I remember being concerned with my weight. I was always heavy/chunky. And despite eating just like my leaner friends and in many cases, much less, and much healthier than many of them – I was always bigger. So beginning in high school, with the aid and guidance of men’s fitness magazines, I began to up my protein, limit my calories, and work out like a mad man. At my leanest I was 160 at 6’1, and proud of it. But if wasn’t a fit lean. I was always tired and moody. I would go many days without eating in order to prevent weight gain, but that always ended in a massive binge of pizza and a terrible stomach ache.

Once I hit college, I continued my “regime” not really knowing what I was doing, but paying attention to my protein intake and work out regime. I started cross fit and was the “fittest” I had ever been in my life. Now in my mid-30s I understand it’s actually pretty hard to not look good when you’re in your twenties and work out modestly. Now that I’m older I look back on what I’ve done to my body with a care-ful eye.

Drinking was a huge part of my twenties. I was absolutely a binge drinker/alcoholic. I loved the way it made me feel, and I could throw them back with the best of them. As I approached my late 20’s though, it started to catch up with me and I began to see-saw between large binges, and long periods of sobriety and “excellent” eating. By this time I had been introduced to the “Paleo” diet through crossfit and was militantly Paleo, making sure to get my fish oil. By my late twenties things started to catch up to me. I was gaining weight (going from 190 – 225) and decided to go deeper down the Paleo rabbit hole and began intermittent fasting and doing low carb paleo (often consuming less than 30g of carbs/day).

Then in 2015 my health took a drastic turn for the worse, and I would balloon to 265 despite my best efforts to keep my weight down.

I then found Ray Peat’s work and feel I’ve finally found an answer in this crazy world of yo-yo diets and exercise.

According to Ray’s own words on the RayPeat.com website:

Concerning my background, I have a Ph.D. in Biology from the University of Oregon, with specialization in physiology. The schools I have taught at include: the University of Oregon, Urbana College, Montana State University, National College of Naturopathic Medicine, Universidad Veracruzana, the Universidad Autonoma del Estado de Mexico, and Blake College. I also conduct private nutritional counseling….. My approach gives priority to environmental influences on development, regenerative processes, and an evolutionary perspective. When biophysics, biochemistry, and physiology are worked into a comprehensive view of the organism, it appears that the degenerative processes are caused by defects in our environment.

I’ve now been studying his work and applying his principals for about 4 years, and it’s been an interesting journey. In that time I’ve tried to conceptualize/distill the main tenants of his work and communicate it to friends and family and even doctors and have come up with the following:

As Ray himself states: The key idea is that energy and structure are interdependent, at every level. Ray’s work is a holistic framework to understand an organism and he asks and answers basic questions about health, nutrition, and physiology that turns much of conventional health/medicine on its head – often using historical and modern medical studies to prove his point. And it’s only through an understanding of history, incentives, and business can we understand why things are so inverted. Going a bit further, and into specifics, optimizing the thyroid and optimizing the bodies production of CO2 are some of the main components of his work and doing that (through diet, supplementation, or pharmaceuticals) can heal and help a number of downstream processes and issues. Some specific markers you can look for to measure your own health include a high(ish) heartrate (80 – 100 bpm) and high daily body temp (98.1 upon waking and 98.7 – 99.3 temperatures during the day).

Let me give you a couple of examples of how mind blowing his work is.

In his article “Vegetables, etc. – Who defines food?” he asks and answers the basic question of why do we eat what we eat? Why do we think one thing is food (spinach) and another thing is not (mud):

Poor people, especially in the spring when other foods were scarce, have sometimes subsisted on foliage such as collard and poke greens, usually made more palatable by cooking them with flavorings, such as a little bacon grease and lots of salt. Eventually, “famine foods” can be accepted as dietary staples. The fact that cows, sheep, goats and deer can thrive on a diet of foliage shows that leaves contain essential nutrients. Their minerals, vitamins, and amino acids are suitable for sustaining most animal life, if a sufficient quantity is eaten. But when people try to live primarily on foliage, as in famines, they soon suffer from a great variety of diseases. Various leaves contain anti-metabolic substances that prevent the assimilation of the nutrients, and only very specifically adapted digestive systems (or technologies) can overcome those toxic effects.

This makes perfect sense. In a world where we’ve been sold the idea to “eat like our ancestors” there’s a lot that gets left out and this new found nature-ism is quite scary when you take a step back and begin to analyze all of the processes involved (human body and physiology of plants/animals). Peat continues:

A particular plant will have a variety of defensive chemicals, with specific functions. Underground, the plant’s roots and tubers are susceptible to attack by fungi and nematodes. The leaves, stems, and seeds are susceptible to attack by insects, birds, and grazing animals. Since the plant’s seeds are of unique importance to the plant, and contain a high concentration of nutrients, they must have special protection. Sometimes this consists of a hard shell, and sometimes of chemicals that inhibit the animal’s digestive enzymes. Many plants have evolved fruits that provide concentrated food for animals, and that serve to distribute the seeds widely, as when a bird eats a berry, and excretes the undigested seed at a great distance. If the fruit were poisonous, it wouldn’t serve the plant’s purpose so well. In general, the plant’s most intense toxins are in its seeds, and the fruits, when mature, generally contain practically no toxins. Roots contain chemicals that inhibit microorganisms, but because they aren’t easily accessible by grazing animals and insects, they don’t contain the digestive inhibitors that are more concentrated in the above-ground organs of the plant.

So it stands to reason (and observation) that indeed many above ground vegetables make for poor food – in fact that can (if ingested in large quantities and as a staple of the diet) cause all kinds of problems (thyroid issues, digestive issues, etc.). Outside of meat, a low carb diet is

As Peat references in many of his articles one can’t explain the reason for why things are the way they are without incorporating both history and economics into the picture. And from this it’s been my observation that the little we’ve gained from modern medicine and science pales in comparison to the metaphorical wisdom handed down over hundreds of generations. For example, it’s only been within the last couple of months that I’ve begun to understand the “an apple a day keeps the doctor away” saying. Science has only now been able to explain it in that Apple’s have unique fiber that is extremely good for your thyroid, and also only allows the colonization of important and ONLY helpful gut bacteria. So we’ve lost nearly everything in terms of practical knowledge on health, wellness, and “diet” in the last 100 years (20th and 21st centuries). There is no “need” for practical, inexpensive, solutions to major diseases – there is very little money or acclaim for these kinds of solutions.

About the Ray Peat “Diet”

There is no “ray peat diet.” In fact all of Ray’s work would be in complete opposition to anything like that. However, there are some simple foods/ideas I can quickly communicate, to help save someone from hours and hours (even years) of research:

My main take-a-ways… eat what tastes good, make sure to get enough macros in, eat to satiety (or beyond) and make sure to get enough calories and listen to your body/cravings. Right now, I’m not very active (a little walking and a little light weight training), but I don’t feel right if I’m under 3000 calories/day. On some of my more ravenous days I’ve consumed over 5000 calories, and generally wake up looking lighter and fitter than the day before.

This is the first of many articles I plan to do on my own health journey and what I’ve learned about my body, and simple techniques one might be able to implement without breaking the bank.